You are here: Home1 / Waves of Change2 / 1880 Before Cottesloe
Previous

For the early settlers of Perth access to the coast between Perth and Fremantle was not easy.

The Perth Fremantle Road was always in need of repair and the land between Fremantle and Perth was deemed to be “barren and worthless”. Much of the traffic between Perth and its port went by river. The area that would become Cottesloe was unnamed and sparsely settled as can be seen in the map below.

In the land was subdivided and in Cottesloe was named. Once gold was discovered in the eastern goldfields, Perth’s population boomed and land sales took off in Cottesloe. In the first Cottesloe Roads Board was formed and the founding members realised the potential of developing the beach.

Significant dates at this time include:

The extract from the map below, from the State Records Office, shows the landholdings before Cottesloe was subdivided in 1883. The route of the proposed 1881 railway was added after it was printed. Hover over the numbers for further information. 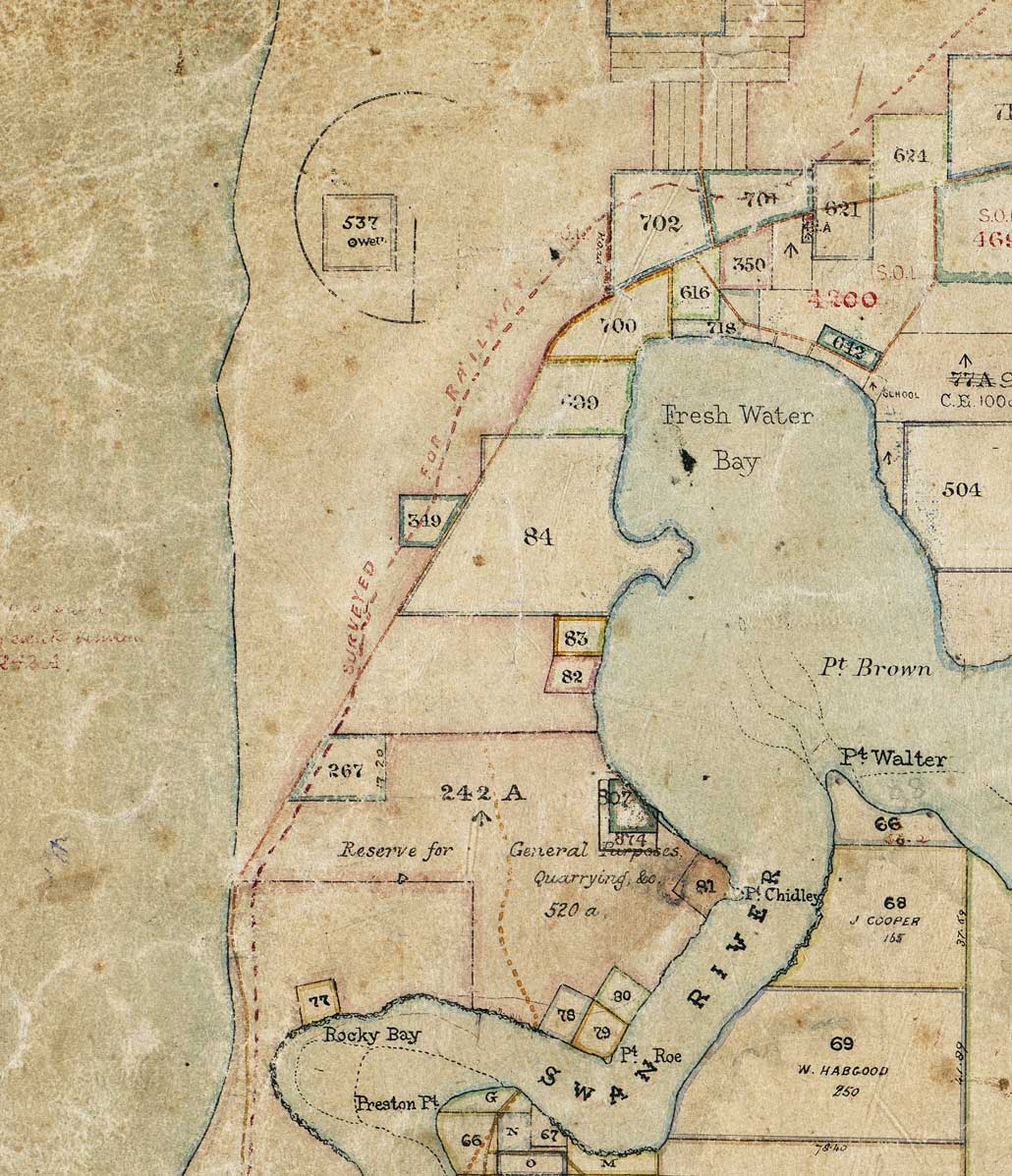 Site of the first Halfway House or Bush Inn, just east of the corner of present day Irvine and View Streets.

Track from ferry crossing across the Swan River.