Ewing plan for the beachfront, 1930

Encouraged by the success of the Beach Pavilion, the Council pushed ahead with ambitious plans to rejuvenate Cottesloe Beach.

In they launched a competition for a plan for the whole of the Cottesloe beachfront. Alistair Ewing of Crossland and Hardy won the 100-guinea prize and made sweeping recommendations for the beachfront. 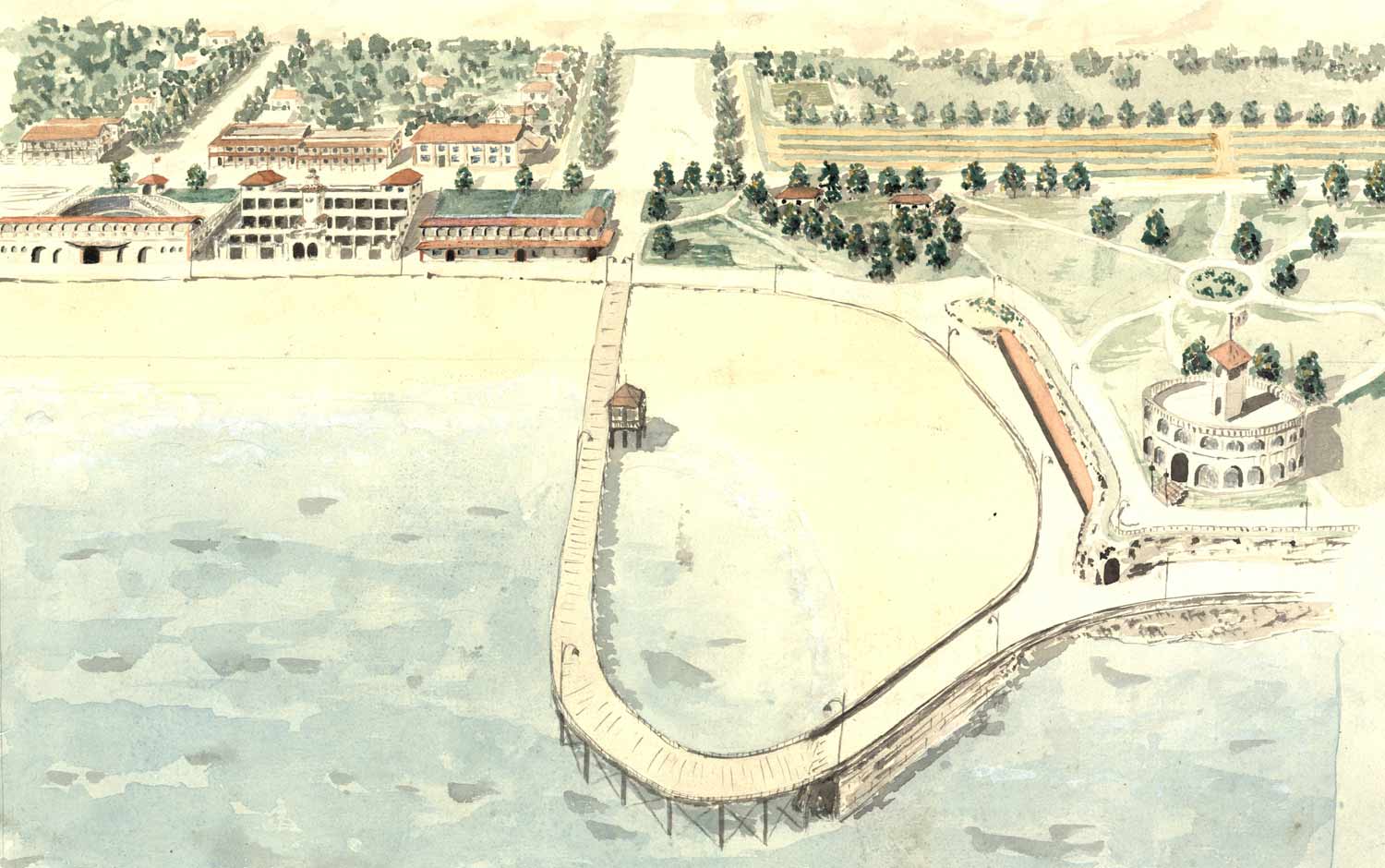 1930 The Ewing plan recommended sweeping changes to the beachfront.

Ewing identified the main problem for the whole of the Cottesloe coast as “the Traffic and Parking problem” and made extensive recommendations for roads and parking. He was aware that the newly formed Metropolitan Town Planning Commission had recommended an ocean front drive from Leighton north for the entire length of the metropolitan area. 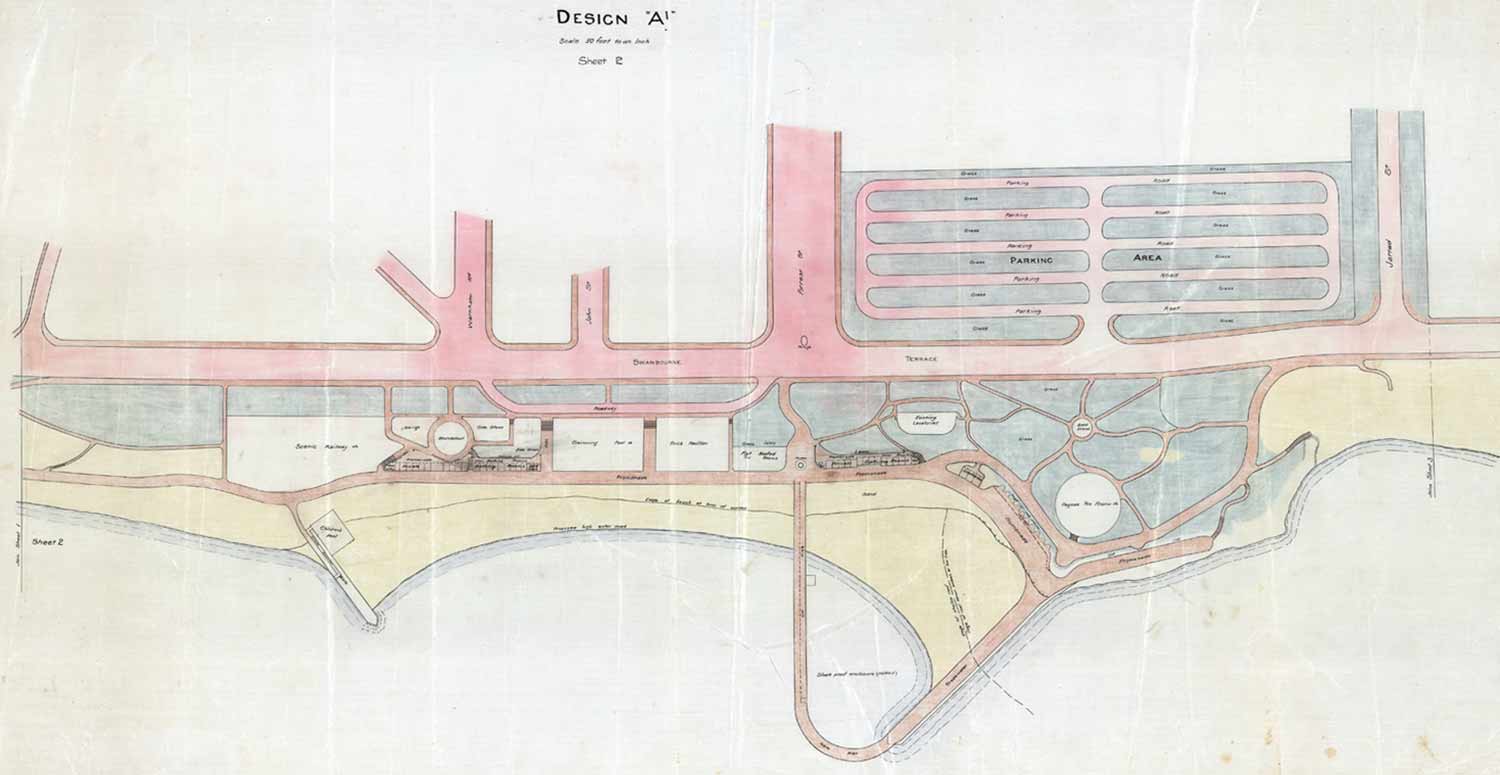 Ewing’s recommendations included the construction of a mole from Mudurup Rocks, curving round to the jetty to form a shark proof pool, and a swimming pool below Warnham Road. He suggested fairgrounds between the pool and Napier street and a promenade north from the Pavilion all the way to Grant Street “with sloping lawns and gardens above it.”

Not all the recommendations were implemented, but the plan informed much of the development of the beach over the next decade. Money for the improvements came from the sale of reserves along Broome Street between Jarrad and Pearse Streets.

In work began on replacing the old car park with the grassed terraces and car park we see today. With the effects of the Depression still lingering, some of the workers were unemployed or ‘sustenance’ workers who worked instead of paying rates. 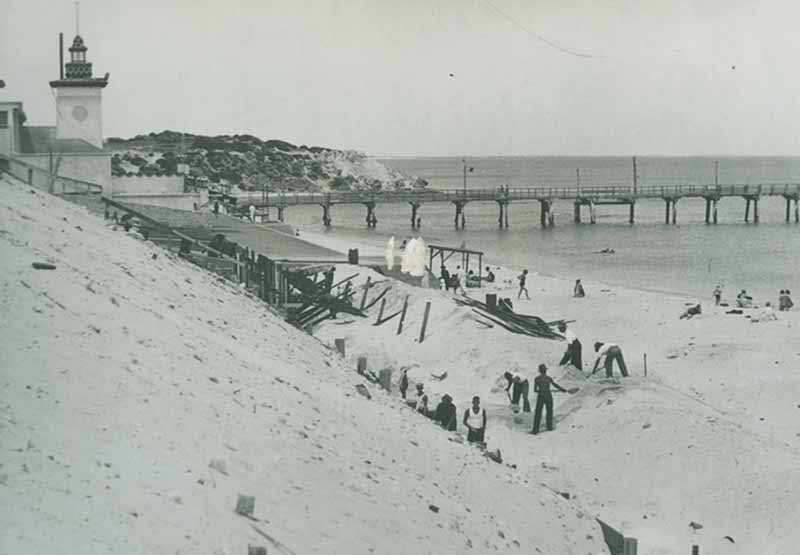 1934 Construction of the grass terraces in front of the new carpark. 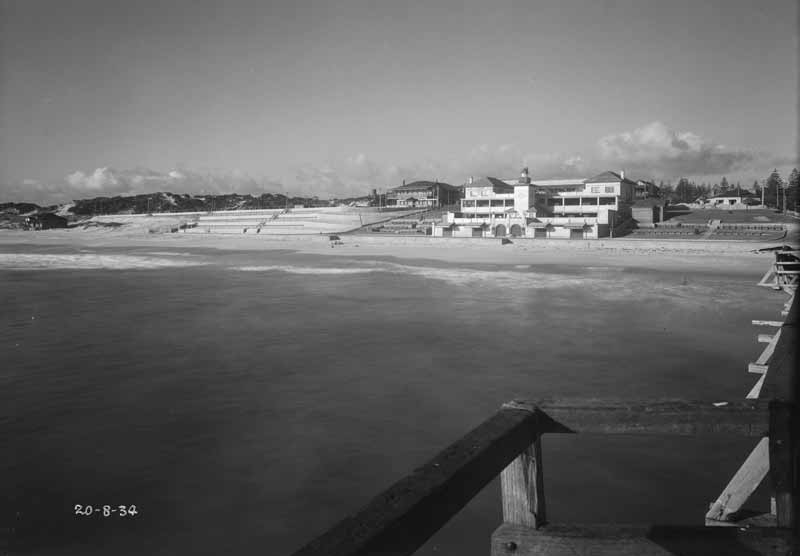 1934 View from the jetty of the newly cleared beachfront with the grass terraces just constructed.

In a massive operation to level the sand dunes to north of the Hotel Cottesloe began. Napier Street was extended from Broome Street to the beach, the original tennis courts on Swanbourne Terrace (Marine Parade) were filled in and the tennis club relocated to its present position. Plans to create playgrounds, bowling greens and croquet lawns on the reserve that is now John Black Dune Park, did not eventuate. 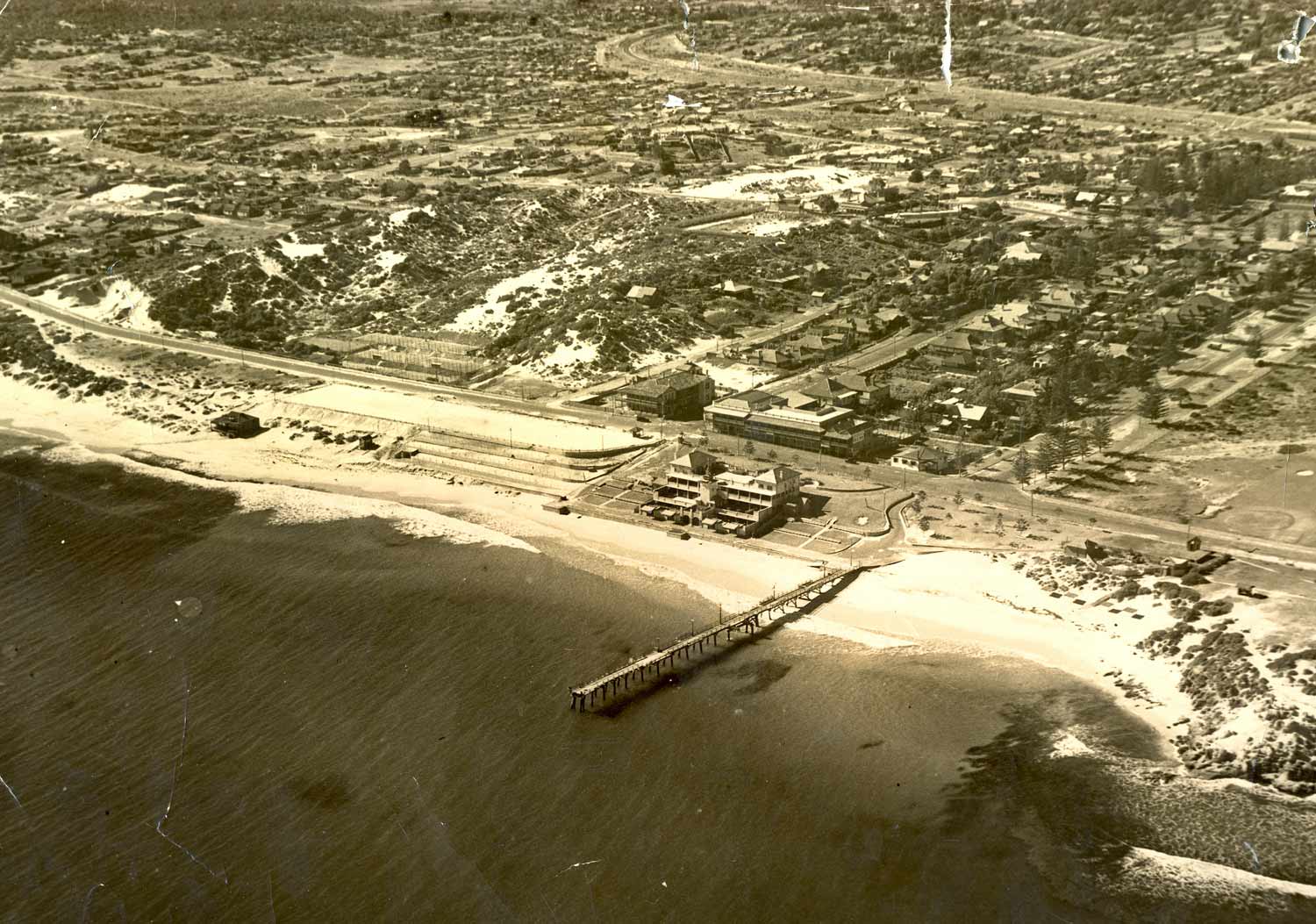 1935 Aerial view of Cottesloe Beach. Napier Street stops at Broome Street and clearing has not started on the sand dunes below Broome Street. The old tennis courts are opposite the carpark and the Cottesloe Surf Life Saving Club rooms have been moved to the north end of the beach.