You are here: Home1 / Waves of Change2 / 1929 The most romantic place
Previous

The most romantic place

By revenue from the beach was finally exceeding expenditure so the Council decided a new modern bathing pavilion was needed.

The old wooden buildings were constantly buffeted by winter storms and were expensive to maintain. In June a design competition was held and the winning entry was by Powell, Cameron & Chisholm Architects. Mr Ellyard was the chosen builder. He was given four months to complete the building and, amazingly, did so. The Centenary Bathing Pavilion opened on 21 December 1929.

The new Pavilion was slipped in between the Indiana Tea House and the Surf Tea rooms and was a great hit. The Palais de Danse opened on the top floor in and one of those who loved it was June Markham:

“Joy of all joys, they had this open air dance floor on the top of the building. And it was just the most romantic place. The waves were breaking – you could hear that – there was the music playing, and there were bands in those days, and I know my husband and I – we were only boy and girlfriend at that stage – we used to go down there and we used to love it.” [1]June Markham. Grove Library Oral History 2005.

The east side of the Pavilion housed shops and cafes. The White Spot Café at the northern end was run by American Eddie Hall and was one of the first places in Perth to serve hamburgers and hot dogs. The Sea Crest and Green Mill restaurants opened soon after. 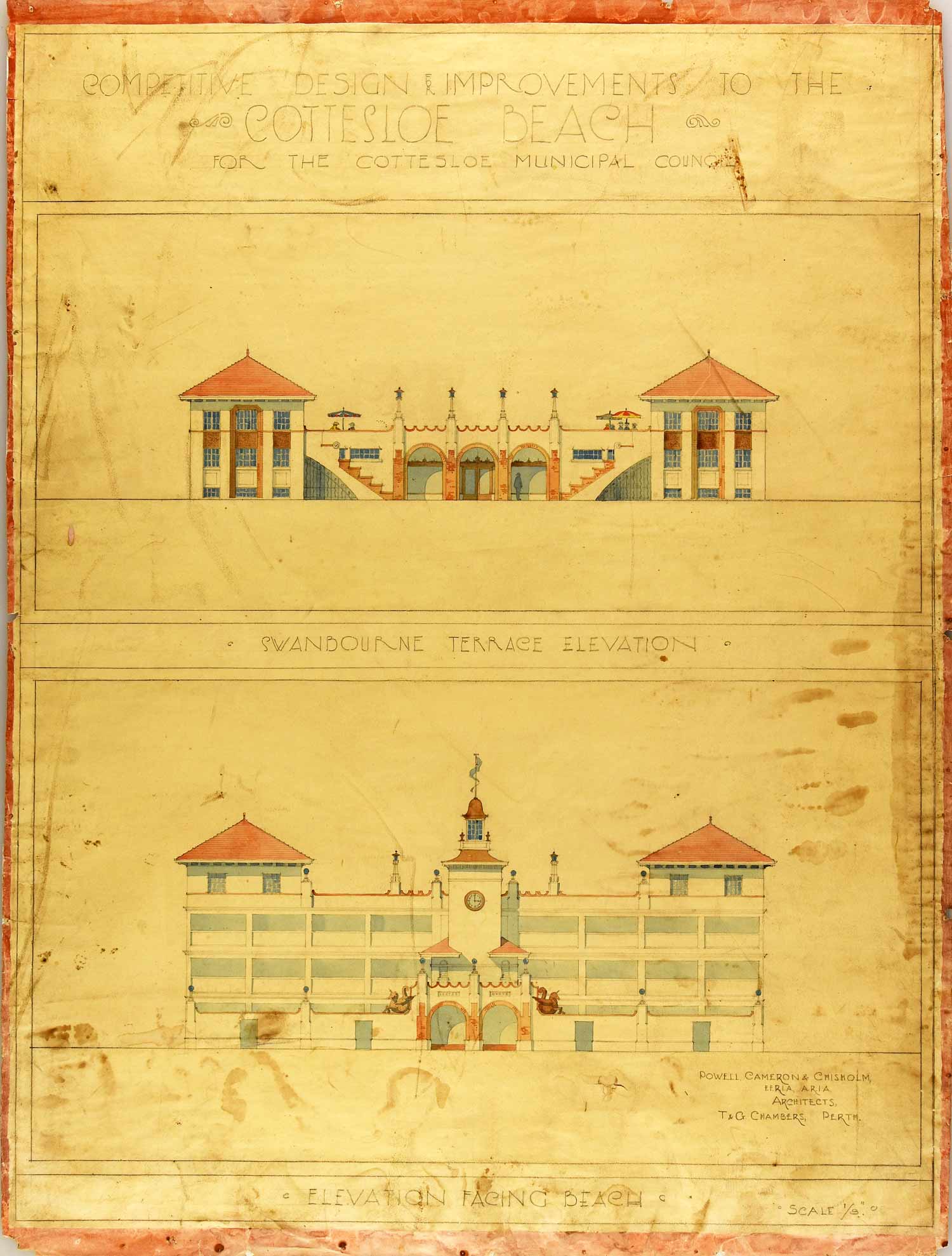 1929 The winning design for a new bathing pavilion at Cottesloe by Cameron and Chisolm.

The newly completed Pavilion showing the side facing Swanbourne Terrace, soon to become Marine Parade.The White Spot Café at the northern end was run by American Eddie Hall and one of the first places in Perth to serve hamburgers and hot dogs.