You are here: Home1 / Waves of Change2 / 1920 The Roaring Twenties
Previous

After the war Cottesloe Council was eager to retain Cottesloe’s reputation as the premier beach resort.

By this time other metropolitan beaches had opened including South Beach in Fremantle and in 1918 City Beach with the opening of the ‘plank road’.  Faced with this competition every effort was made to encourage visitors to Cottesloe Beach.

Between and Cottesloe Day was held on the beach on the last weekend in January. In January 1920 the Daily News reported:

“something like a fifth of the city’s population spread itself out along the crisp stretches of sand at Cottesloe yesterday and did its best to forget the heat wave.” [1]Trove: Daily News, 28 January 1920, p6. 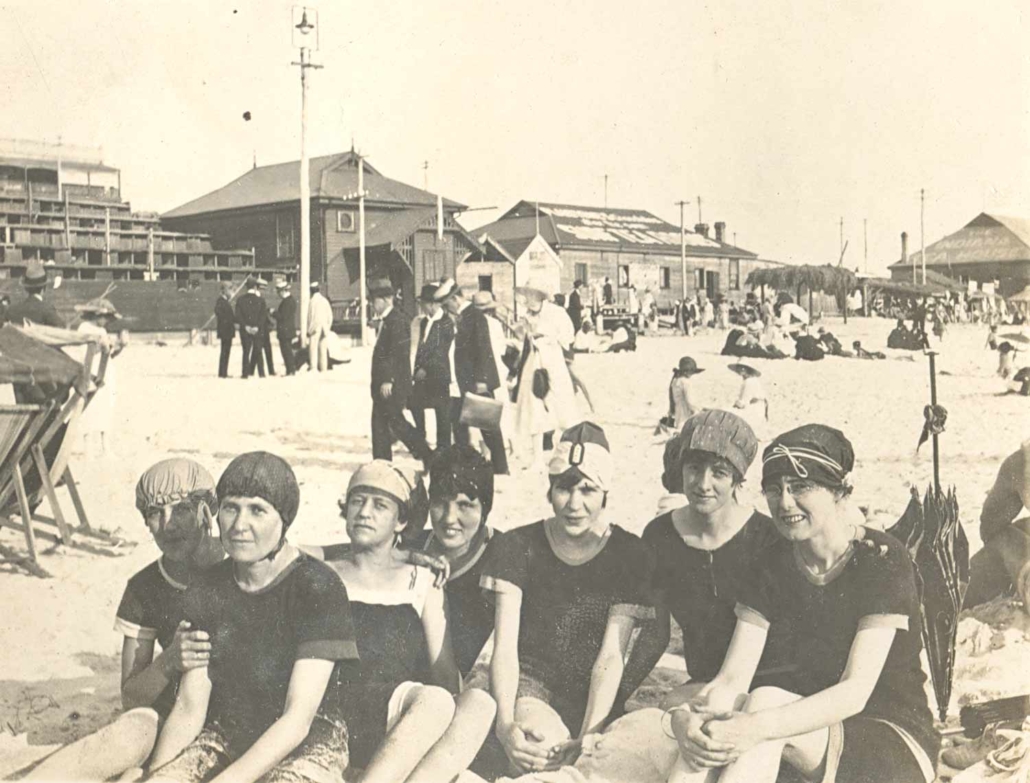 1921 Bathing belles on Cottesloe Beach. Behind (left to right) are the dressing sheds, the Life Saving Club rooms, Surf Tea Rooms and the Indiana.

Cottesloe Life Saving and Athletics Club was heavily involved in running the day and it was a handy fundraiser for them. Entertainments included boxing, swimming competitions, Punch and Judy shows and dancing in the tearooms. A highlight was the “Gold Rush” competition when envelopes of cash were buried in the sand. Contestants began frantically digging for treasure on the start signal.

Women were enthusiastic competitors in the women’s swimming races and in 1926 the Cottesloe Ladies Surf Club was formed. Members competed in surf races, beach sprints and march pasts at carnivals with other women’s clubs including North Cottesloe and City of Perth. 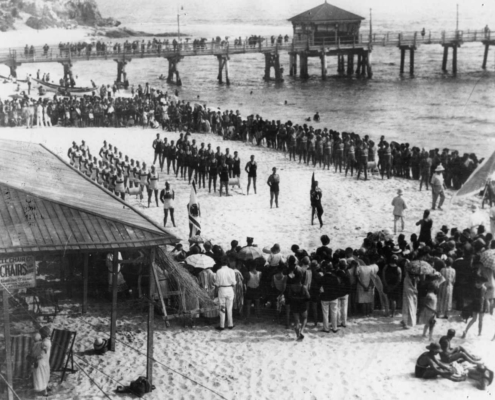 1925 An interclub lifesaving competition between the men’s clubs of Cottesloe, City of Perth and North Cottesloe. 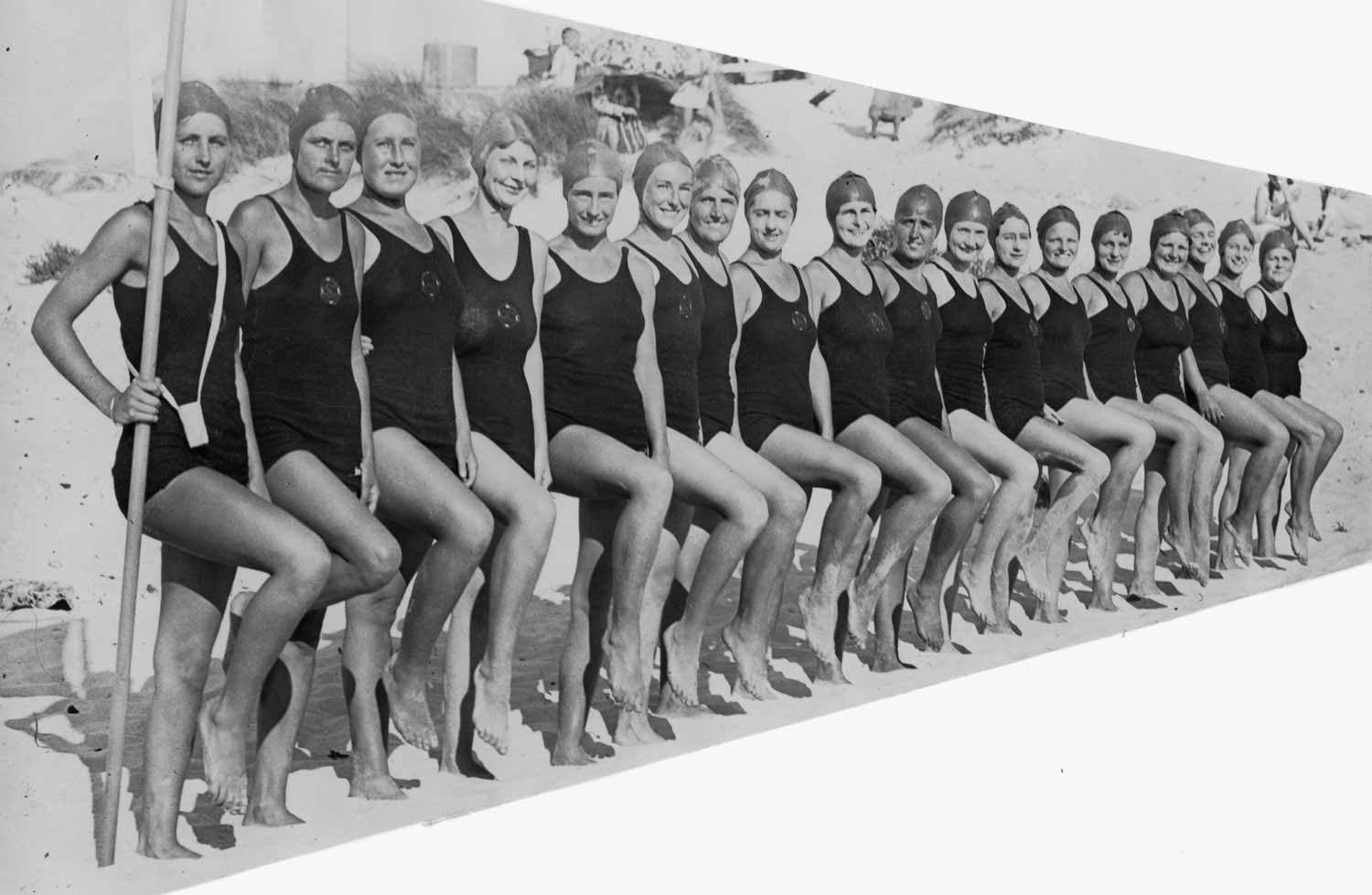