After the war Cottesloe Beach retained its popularity as an entertainment destination, particularly at night.

Arthur Furlong recalled the Lido Cabaret, next door to the Picture Gardens, was “the place to go in summer, when the beach front fairly rocked“. [1] (Arthur Furlong. Grove Library Oral History, 2009.)

In the Centenary Bathing Pavilion, the Sea Crest restaurant and the White Spot café were as popular as ever.

On the beach front however, problems loomed. North Cottesloe was favoured over Cottesloe as the fashionable place to swim, the jetty was collapsing and erosion was a recurrent problem.

Hoping to lure back the pre-war crowds, the council organised Cottesloe Week in and . The week’s activities included men’s and women’s surf carnivals, boxing competitions, concerts, gymnastic and folk dancing displays and a soap box derby down Forrest Street.

Battered by winter storms and with the supporting piles weakened by the Toredo worm,  the jetty was in a dangerous state of collapse. The council was keen to save the jetty but responsibility lay with the State Government.

Despite protests, in March the jetty was blown up. Eighty year old Ted Downs caught the last fish off the jetty – a skipjack. 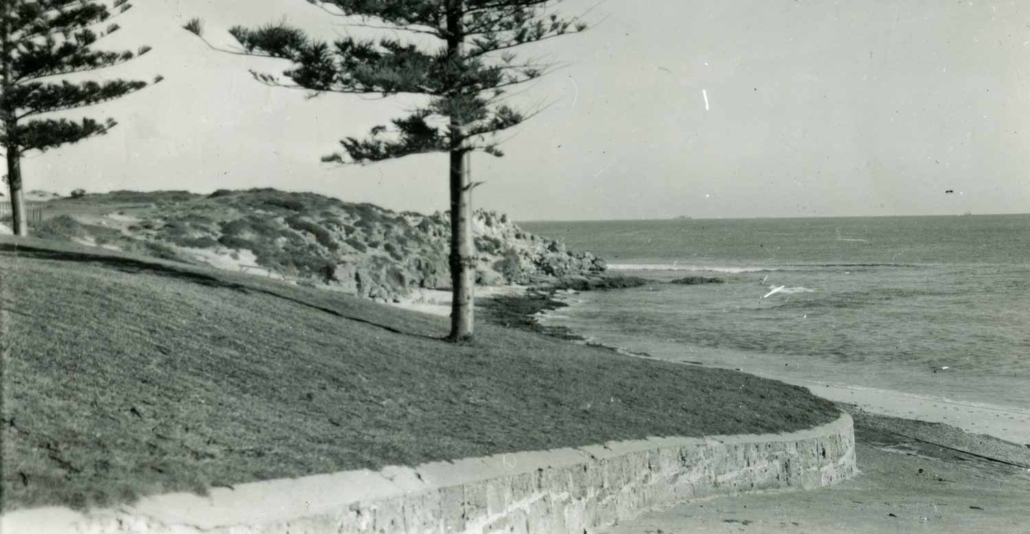