You are here: Home1 / Waves of Change2 / 1942 War comes to Cottesloe
Previous

While Australia entered World War II in September 1939,  it was the bombing of Darwin in February by the Japanese that brought the war home to Cottesloe.

Residents had to black out their windows at night, air raid shelters were built in back yards and schools,  and rolls of barbed wire placed along parts of the beaches. Fremantle was a base for American, Dutch and British submarines and Cottesloe became a popular destination for servicemen.

Bob Melvin, whose father William owned the Hostel Manly, recalled the takeover of the golf course by the Americans:

“The Yanks just closed the road in the centre of the golf course, Jarrad Street, with barbed wire. We as kids could not believe what was happening … these Yanks climbed the telegraph poles to cut into electricity and phone services and in no time at all a tent city, lights and all, was established on the golf course  … next we had search lights, guns and machine guns…. An anti-aircraft gun was installed on the corner of Jarrad and Broome streets and machine guns to combat aircraft were established on Mudurup and surrounded by barbed wire.” [1] Robert (Bob) T Melvin, Some interesting Melvin history, revelations and stories: 1800 to 2010, Allbook Bindery, West Ryde NSW, 2011, p351.

Bob also overheard an interesting phone call in the Hostel…

‘We did most of our ship-watching from the car park diagonally opposite the hostel  and often noticed a lady there with binoculars. One night we came from the car park through the John Street entrance of the hostel. Inside this entrance was a public phone and I saw this lady speaking on the phone, from a notebook and noticed she was talking in a “funny voice”. [I] went upstairs and told Dad, who at that time had a good friend of the family with him. They came and listened to this lady’s conversation and Dad’s friend, who spoke German, quickly noticed she was reporting the ship movements. They quickly made the lady cease the call and a phone call was made to police and military police who arrived and arrested the lady’. [2] Robert (Bob) T Melvin, as above, p 359.

The threat had eased by but the Japanese had been closer than anyone thought. It was later revealed that in March a Japanese submarine surfaced off Cottesloe and the crew heard the music from the Palais de Danse wafting across the water. [3] E. Hof. The Curtin’s in Cottesloe (unpublished report). West Perth, National Trust, 2013. 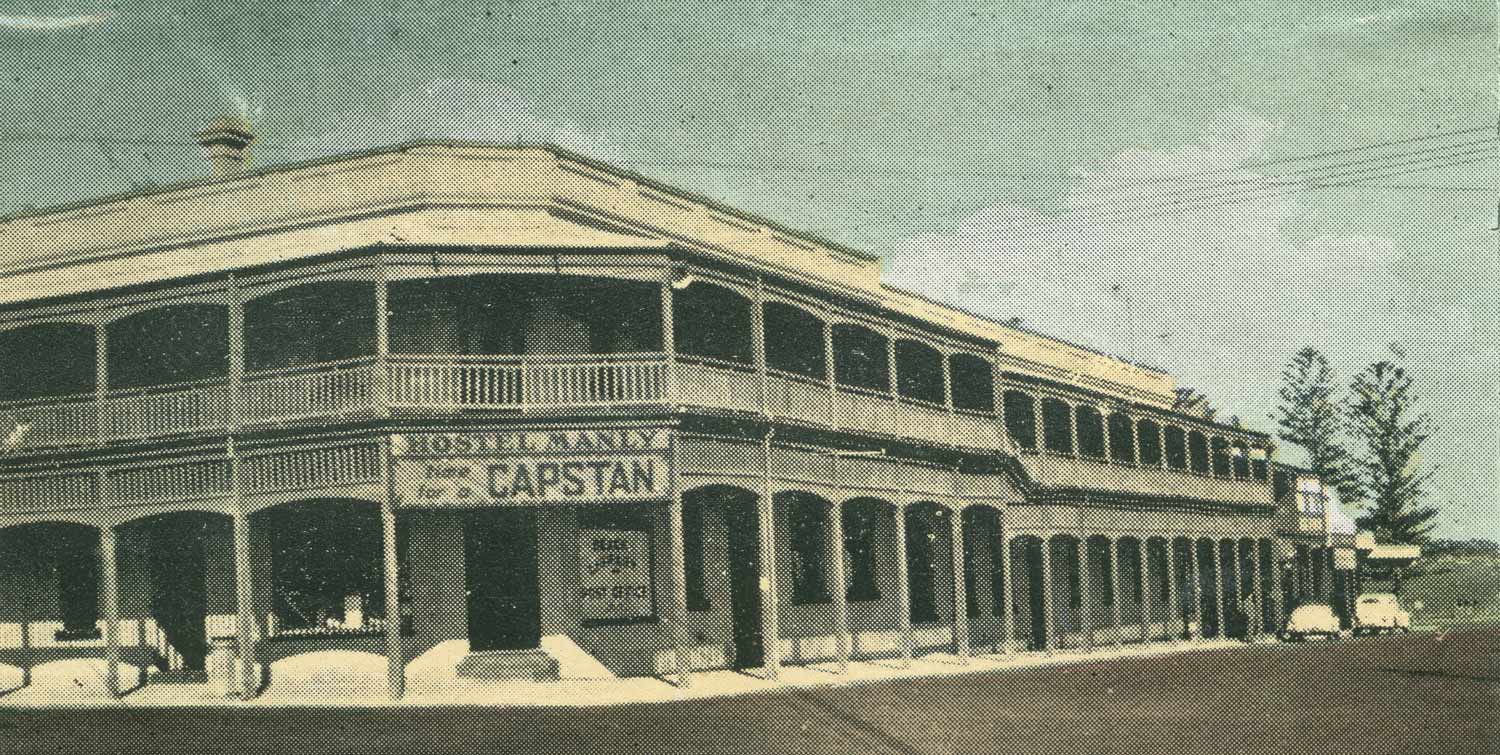 Hostel Manly on the corner of John Street and Marine Parade

A swim at Cottesloe Beach was a great attraction for the visiting servicemen but provoked a dilemma for the Cottesloe Council when the Bathing Pavilion ran out of bathing costumes to hire. The Acting Town Clerk sent off an urgent letter asking that yarn be released for the making of 10 dozen bathing trunks. These were to be hired out to “men in uniform, who do not possess trunks of their own.”

Fortunately Cottesloe had an advocate in John Curtin, the Prime Minister, and soon after the Superior Knitting Mills of Perth  provided the required trunks.