You are here: Home1 / Waves of Change2 / 1982 Demolition of the Pavilion
Previous

Demolition of the Pavilion

By the late 1970s the 50-year-old Centenary Bathing Pavilion was deteriorating and considered structurally unsound.

A pounding by Cyclone Alby in also led to safety concerns about the concrete boardwalk leading to the groyne.

In the Council began demolition of the boardwalk and commissioned a report on the best options for the Pavilion. The report recommended demolition as it was not considered economically viable to restore the Pavilion. In June demolition began.

A new plan for the site by Brand, Deykin & Hay was proposed. The two-storey building included a boatshed and changerooms at the beach level and café/restaurant area on the second level, preserving the open view out to sea. 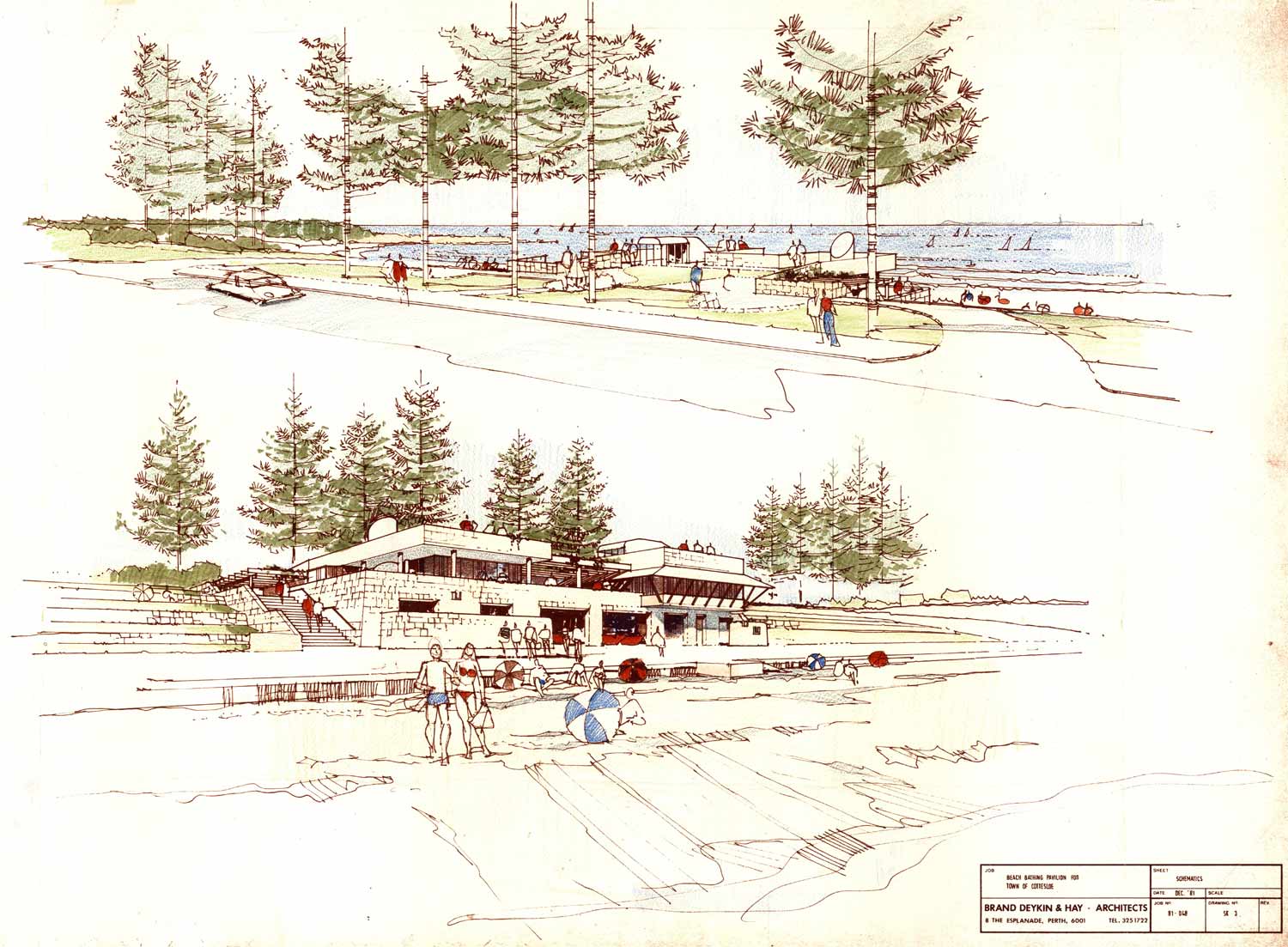 After much discussion and public consultation a simpler building with a domed roof opened in and included a kiosk and change rooms with a boatshed underneath for the Cottesloe Surf Life Saving Club. It was over the top of this building that the current Indiana was built and the brickwork is still visible. 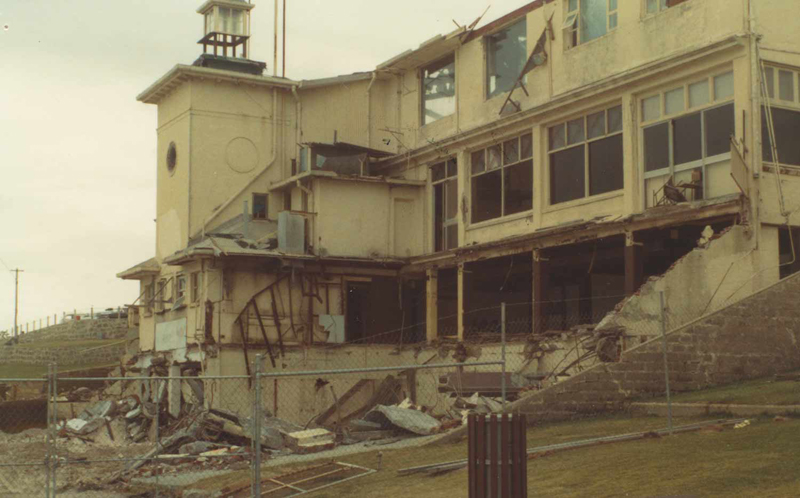 1982 Demolition of the Centenary Bathing Pavilion 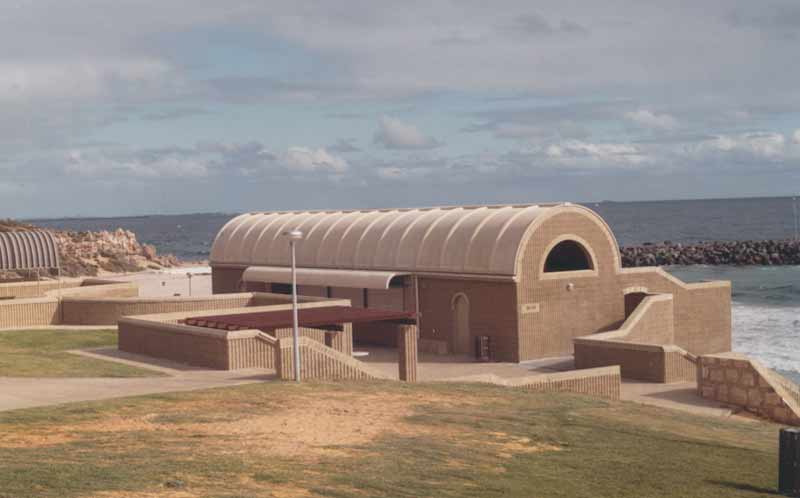