A pylon and a promenade

Bruce Gaston diving from the jetty, about 1936

In Mayor John Black announced the next stage of the beach improvements.

This included the repair of the dilapidated jetty, a shark proof swimming pool, a pedestrian promenade from Cottesloe Beach through to Grant Street and a fun fair at the north end of the beach. 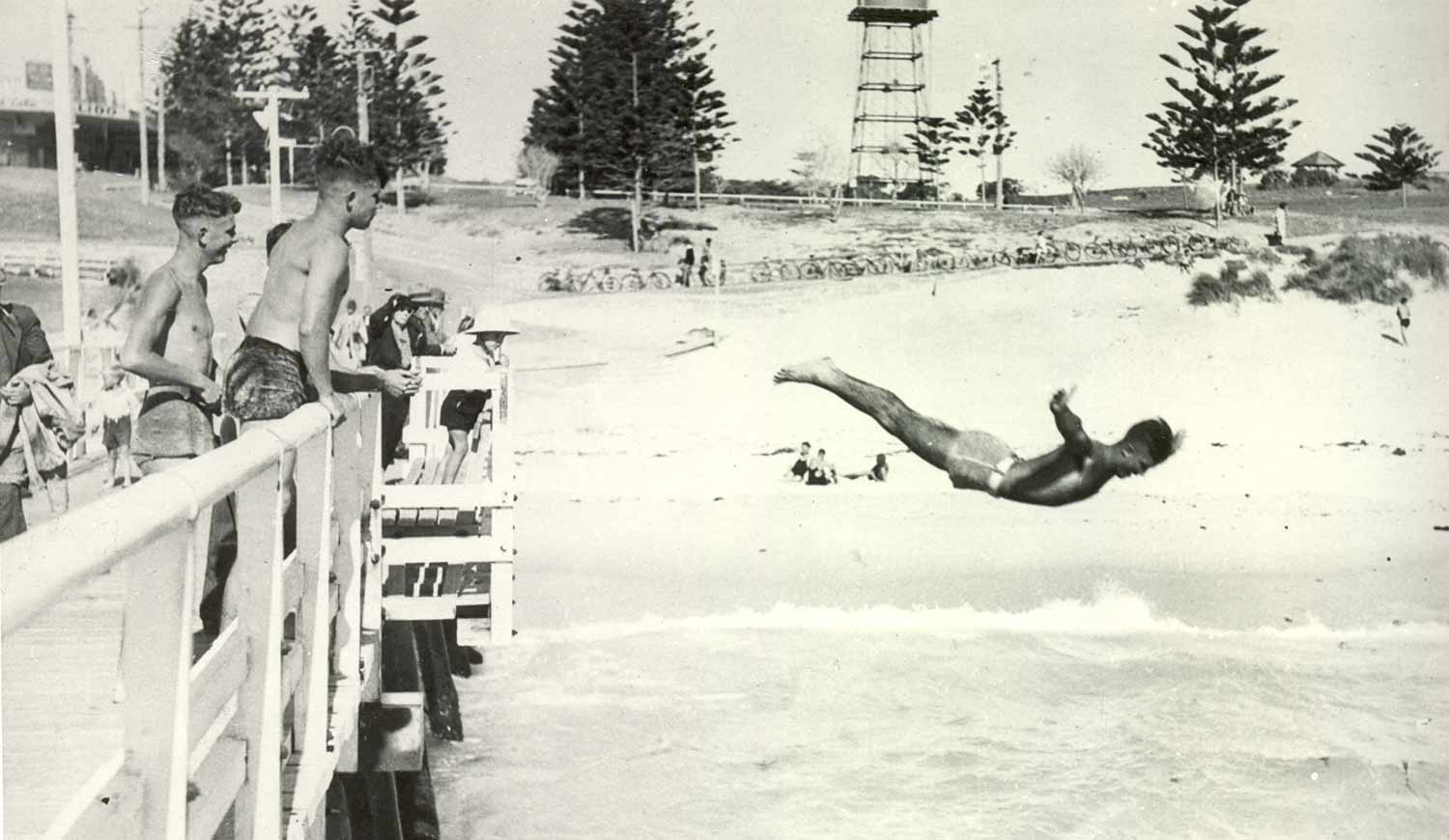 About 1936 Bruce Gaston diving from the jetty

In work began on the shark proof pool. Ten years earlier, on 22 November 1925, Simeon Ettelson had been killed by a shark while swimming on a hot summer Sunday.[1]Trove: West Australian, 23 November 1925, p8.

The plan was to run a shark net from the beach along the jetty to a pylon built under the end of the jetty. From there wooden ‘dolphins’ or posts would carry it to a second pylon to the north of the jetty and then return to the beach. All appeared to be progressing well until an intense storm in May dislodged the pylon under the jetty leaving only the northern pylon, which remains to this day.

Right: 1938 The surviving pylon is a popular diving platform. In the foreground is the start of the promenade from Cottesloe to Grant Street. 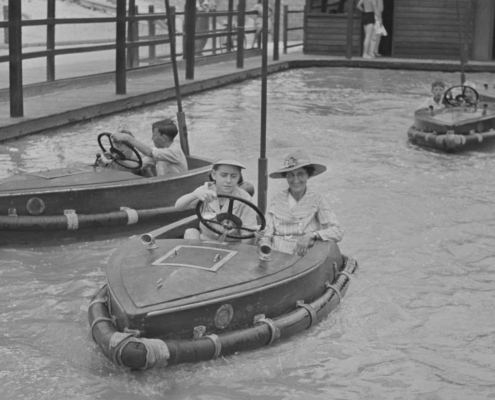 The promenade which linked the Pavilion with North Cottesloe and later to Grant Street was more successful.  Set amongst the sand dunes and away from the road it ran past the fun fair which lay just above Peter’s Pool.

Speedcraft started the fair in with Scoota boats and later Scoota cars. Bowler’s installed dodgem cars in and the  slippery dip and side show alley attracted the crowds. [2]Trove: West Australian, 24 November 1940, p8. However the fun was short lived and blackout regulations put paid to the fun fair in .