You are here: Home1 / Waves of Change2 / 1914 War and the Sandbag Movement
Previous

War and the Sandbag Movement

With the outbreak of World War 1 in 1914, Cottesloe Beach became a focus for community fundraising.

When news came of the desperate state of  Belgian  prisoners of war in Germany, a three day Belgian Flag Carnival was held. Ten thousand people rallied and raised more than 250 pounds for the “distressed Belgians”. [1] Trove: West Australian, 2 February 1915, p 7. 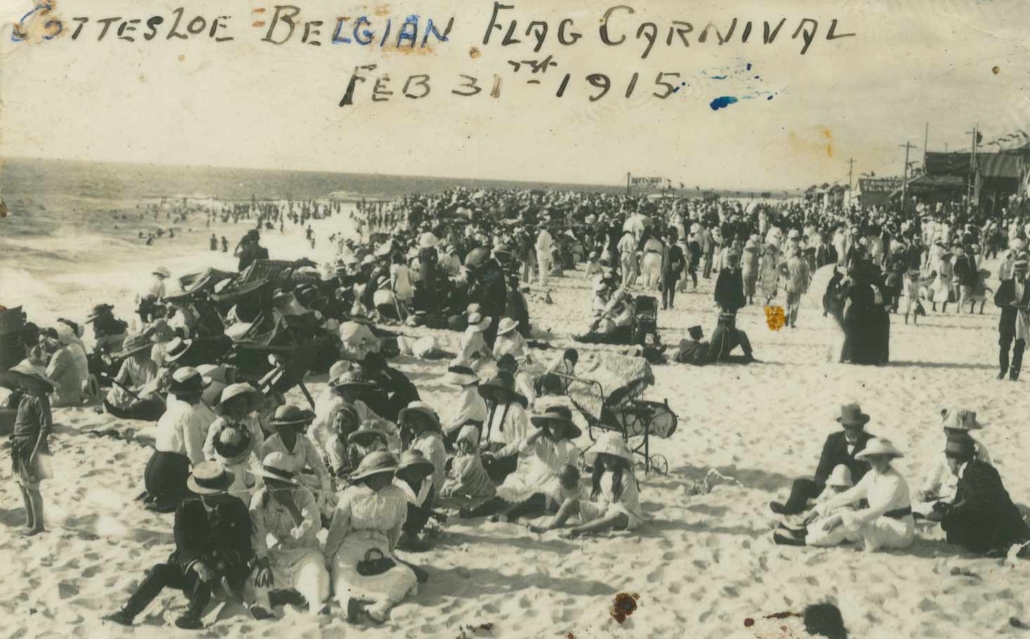 Later fundraising efforts switched to supporting Australian troops overseas. In December the opening of the beach season was designated ‘Cottesloe Sandbag Day’ to raise funds for the Sandbag Movement. The movement aimed to supply the troops with sandbags for their defence. It was reported that:

“One heard that the need for cover was so desperate that the Australian soldiers were put to filling their own shirts with sand.”  [2]Trove: Western Mail, 17 Dec 1915.

On the day an Anzac Stall sold refreshments, sandbag sewing competitions were held and sideshows offered hoopla, spinning jennies and ‘Bash the Kaiser’. The funds raised were used to buy material for the sandbags. Boy Scouts and boys from Perth Boys School sewed the bags and later, employees of Joyce Brothers in Fremantle volunteered their labour. 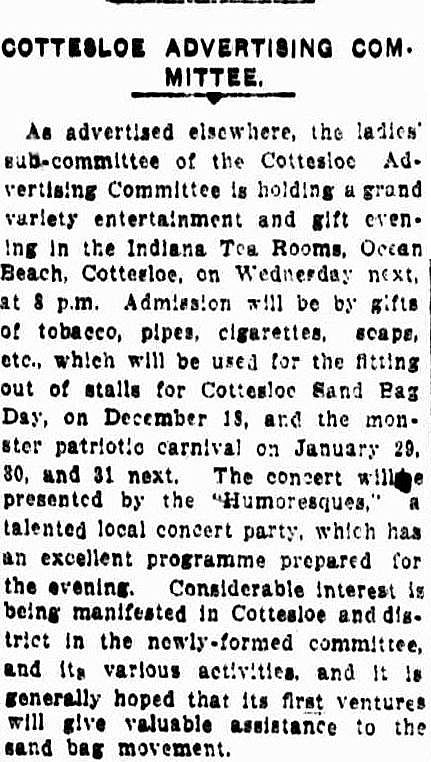 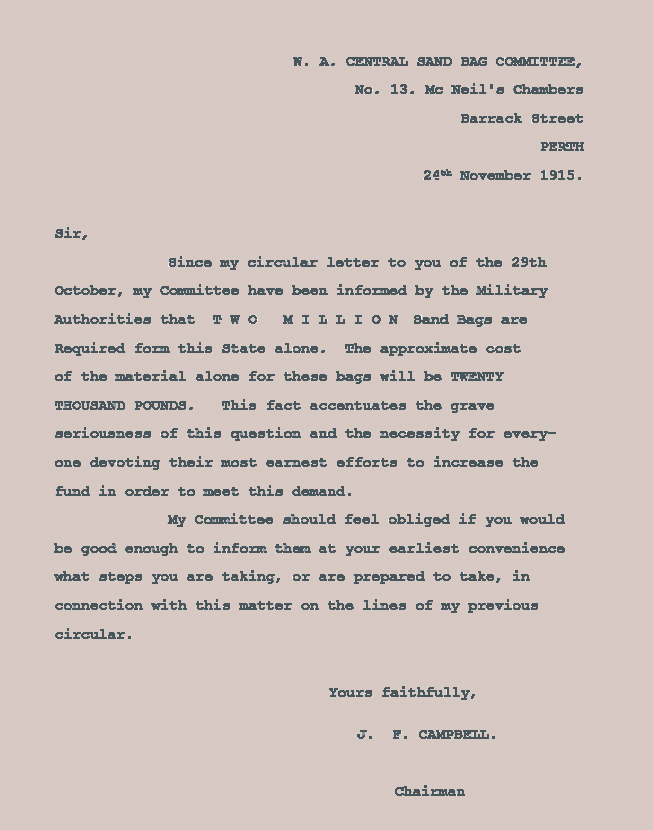