Design for the Indiana, L.J Scanlan and Associates, 1994

The last decade of the millenium opened with the first Rottnest Channel Swim to leave from Cottesloe Beach.

On 23rd February , sixteen solo swimmers and seven teams completed the marathon swim. This began an annual tradition which now sees thousands of swimmers gather at dawn to begin the 19.7 kilometre swim to Rottnest.

saw the face of the beach transformed with the opening of the new Indiana. Designed to echo the feeling of the old Centenary Bathing Pavilion, the new building arose on the site right next door to where the old Indiana had stood early in the century.

Sketch design for the Indiana. L.J Scanlan and Associates, 1994

Concern about the natural environment became a focus for community groups. Cottesloe Coastcare began in and still works to protect and restore the dunes along the coast, providing protection from erosion and habitat for local wildlife.  In the Cottesloe Marine Protection Group began a campaign to protect the marine environment off Cottesloe. Seadragon Festivals and an ongoing education campaign led to success in with the declaration of the Cottesloe Fish Habitat Protection Area.

On New Year’s Eve , the end of the millennium was celebrated with “The Last Sunset” concert by the West Australian Symphony Orchestra on the beach at Cottesloe. Featuring music by the Beatles and ABBA it was broadcast around the world and enjoyed by thousands on the beach. 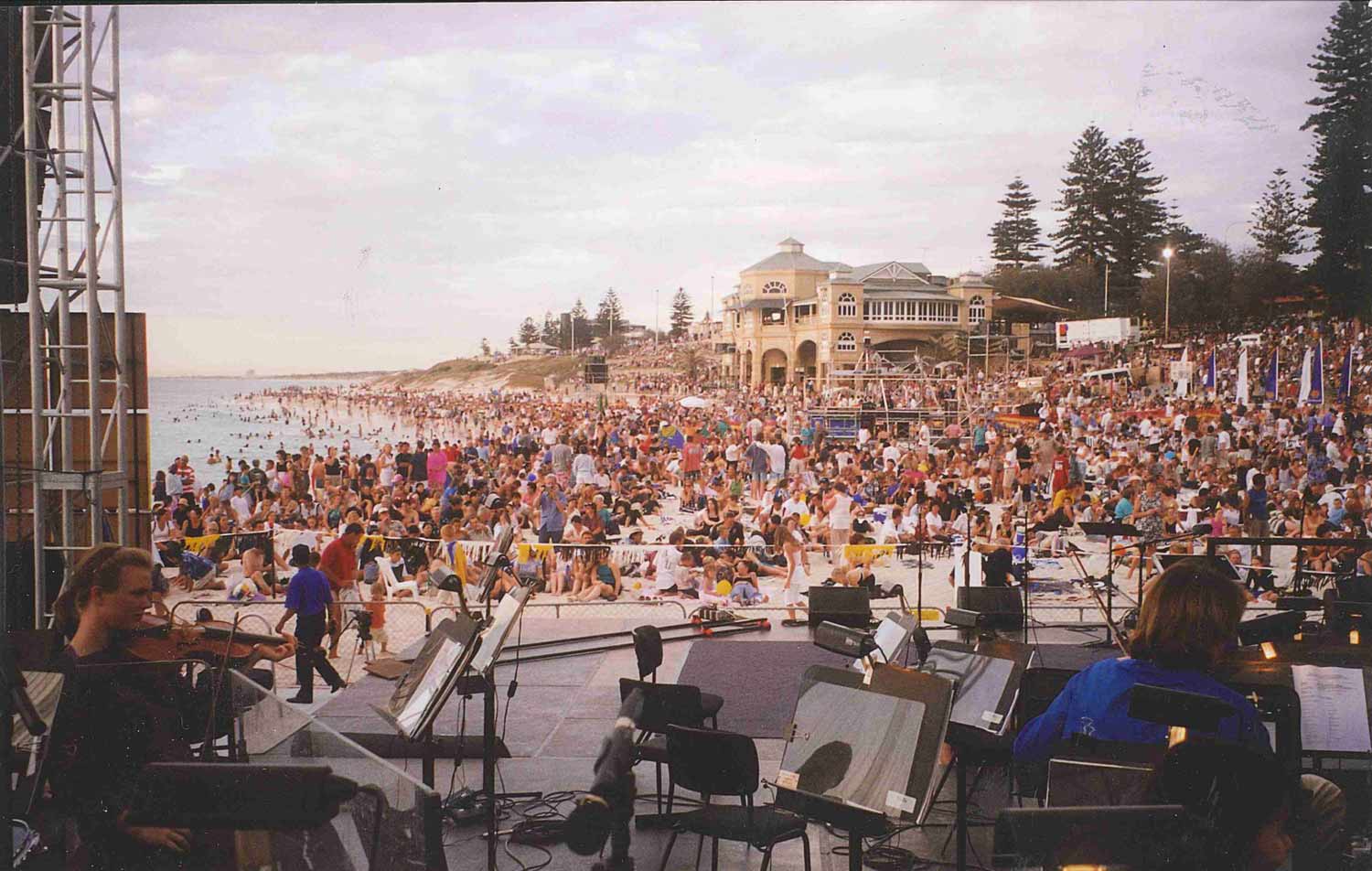