You are here: Home1 / Waves of Change2 / 1913 Tearooms and skating rinks
Previous

Looking down the jetty to the Indiana Tea House, about 1915

The stalls on the beach transformed into permanent tearooms offering refreshments and dancing.

In September Miss Tessa Donovan’s Indiana Tea House opened on the north side of the jetty entrance. In Mr and Mrs Lowick opened their Ocean Tea Rooms on the south side. Miss Irene Griffin’s Surf Tea Rooms lay to the north of the Indiana just below John Street.

Mr and Mrs  William Lowick ran the Ocean Tea Rooms opposite the Indiana Tea House. William Lowick was a member of the inaugural committee of the Cottesloe Life Saving and Athletic Club. He was remembered as having performed some brave rescues as well as dealing with sharks. Along with his sons, they became known as the “Shark Kings”. [1] Trove: Sunday Times, 12 March 1922, p14.

The opening of the new Hostel Manly was advertised on the 1 December . Built by George Henry West on the corner opposite the Hotel Cottesloe, it was a popular family holiday destination, particularly for goldfields residents.  In summer the iron bedsteads on the verandas provided ocean views and cooling breezes and the shops on the ground floor catered to beach visitors.

When West died in   the Melvin family took over and extended the Hostel to the south. It remained a popular destination for many years and was finally demolished in 1970. 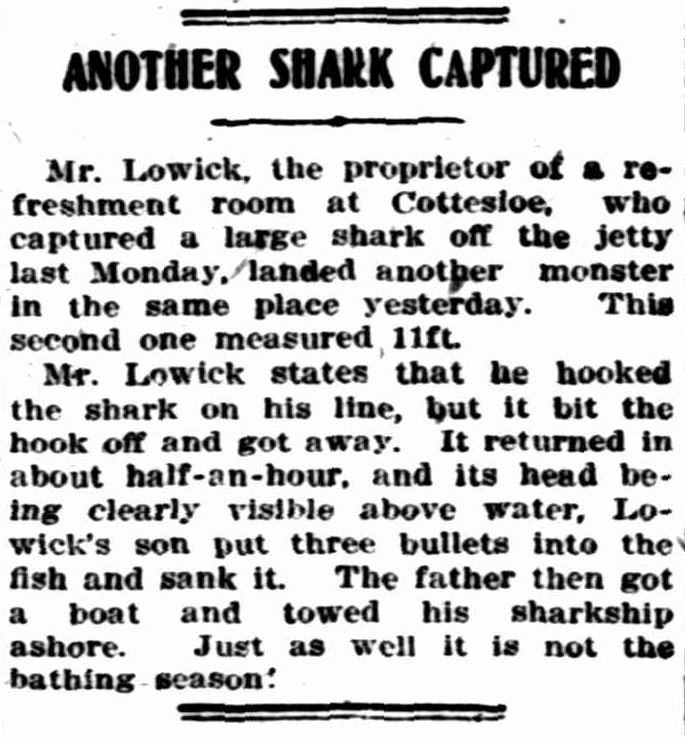 1913 On the headland above Mudurup Rocks a roller-skating rink and picture theatre enjoyed a brief flush of success before closing in 1914.